How Do I Play Penny Slots for Real Money?

Here in the U.S., we don't pay much attention to the humble penny. They fall between our car seats, go unnoticed on the streets, and sit discarded in dishes at checkout stands everywhere. When it comes to playing Vegas-style slots, though, the penny makes a real comeback. If you've never played penny slots before, you're in for a world of fun.

Here's what you need to know.

Penny Slots 101: Names Can Be Deceiving

In U.S. currency, the penny is the lowest of the low. The smallest form of currency in the country, it's practically worthless in daily currency exchange. As a result, some people say we should get rid of the penny and use the nickel, instead.

In the casinos, penny slot machines are an excellent way for the casinos to use psychology to essentially trick players into spending more money. By naming these games "penny slots," the casinos make them seem affordable, accessible, and minimally risky. In this way, the casinos attract gamblers who might be risk-averse enough to have otherwise avoided nickel slots or quarter slots.

The games encourage players to place multiple bets on multiple pay lines at once. Because of this, they cost much more than a penny to play. In fact, it's easy to bet $1.25 per spin without even realizing it, assuming you're playing something like a five reel slot machine with 25 pay lines.

While there's nothing wrong with putting this much down on a single bet, the name "penny slots" can be misleading. This is one of the biggest reasons gamblers must learn about penny slots and other games, and pay attention to what they're playing. Just like there's no free lunch in life, there's no actual penny slot.

Remember: casinos exist to make a profit, and there's nothing wrong with that. Heck, it's just the American way. If you want to gamble, though, it's your job to educate yourself and understand the costs associated with playing these games.


The Most Common Penny Slots Mistakes

While penny slots seem low-risk, even simple mistakes can wind up costing you more than you intended to play. Here are a few mistakes you'll want to avoid making:

1.Not setting a budget

One of the most significant mistakes people make while playing penny slots is to start a game without first deciding on a budget for that game. These players assume that, since penny slots is a low stakes game, they won't spend much. They may even assume that they can keep playing for hours without racking up much of a bill. Unfortunately, they're wrong.

The harsh truth is this: even if you're playing for a penny a spin, the losses can pile up quite rapidly. This means one thing: if you're going to gamble, you must do so with a budget in mind. Not knowing how much you're willing to lose puts you at risk of financial hardship. 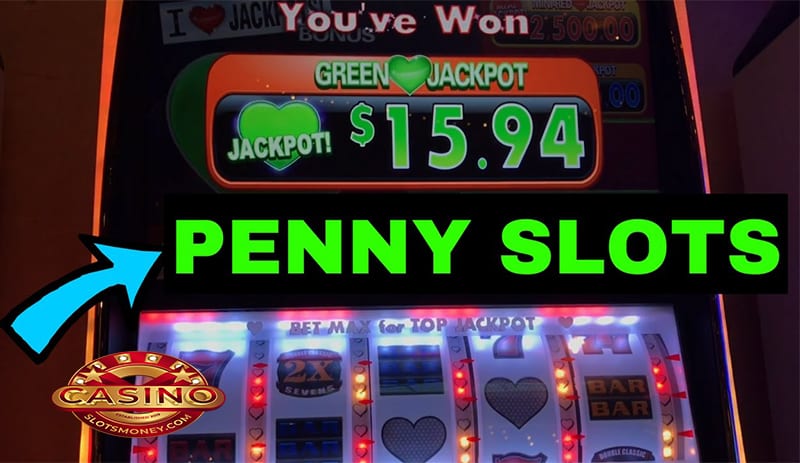 Remember, casinos are in this business to make money. Casinos see their slot machines as big, chunky devices that take up space on the casino floor. Because casinos have a limited amount of space available, each machine on the floor needs to make money. It's the manager's job to maximize the earning potential per square foot of casino space.

That begs one question: if you're a casino manager and you have machines that only cost a penny per spin, and that machine takes up the same amount of floor space as a game that costs a dollar per spin, how do you make up for the significant difference in stakes?

The answer is simple: you do it by decreasing the lower stakes machine’s payout percentage. In gambling hotspots like Las Vegas, local law demands that all casino slot machines pay out at least 75%. If you're playing higher-stakes machines, though, you’ll get a pay out percentage of about 93%.

What does that mean in the real world, though?

This creates a different payback percentage - defined as the amount that the player will get back over that hour. If you're playing penny slots with an average 75% payout, you stand to earn about $4.50 back. If you're playing a dollar game that pays out an average of 93%, though, you’ll earn $558 back.

Keep in mind that these are imagined amounts. When you play chance games like penny slots, you’re subject to the luck of the draw. Still, the casino always maintains a built-in edge, and it's hard to beat it hands-down. Even if the dollar machine pays out 99%, that machine is still more profitable to the casino than the penny machine.

Even with payout percentages in mind, the average slot machine doesn't stop at wagering a single penny per spin. Instead, the average player places the max bet, which might be 5 cents per line. In most cases, these players are sitting at multi-pay line machines, with nine pay lines. That means the player is wagering 45 cents on every spin. This, in turn, means they're betting $260 per hour. Assuming a 75% payout rate, that player will lose about $67.50 per hour.

To simplify all of this: the penny slots player will lose more money on average per hour than someone playing dollar slots, even though penny slots games are lower-stakes. With this in mind, smart penny slots players pay attention to their wager amounts and payout percentages. They keep money in their pockets by refusing to fall for the psychological tricks casino owners use to draw people to penny games.

1.Not having a strategy
While there's nothing wrong with playing penny slots, you need to start the game with a strategy in mind.

Here's the one we recommend:

Decide how much time you want to spend playing and how much money you’re willing to lose as you do. From there, adjust the stakes accordingly. Use standard numbers to assume the payout percentage for the game and keep yourself within your comfort zone.

With those numbers in mind, you can make a smart choice about your duration and cost of play.

If you want to play penny slots, you'll be happy to know it is possible to win big on these games! If you do a quick search of the web, you'll find dozens of forums and websites offering advice on how to maximize winnings and minimize losses when playing penny slots. While some of this information is helpful, most of it is just snake oil.

For example, some forums recommend increasing wager size when you're winning and reducing wager size when the game is down. Unfortunately, this advice just doesn't make any sense. To put it bluntly, your wager size doesn't matter. Every time the reels turn on a penny slot machine, it’s a totally unique event. It stands alone and is not related to anything else.

This means one thing: even if you've been winning, it won’t impact the next spin. The same goes for times you've been losing. With this in mind, don’t think that raising or lowering your bet will make a difference.

Other pages advise readers not to waste their money on so-called "cold machines." In the world of penny slots, though, there's no true "hot" or "cold" machine, except when viewed in retrospect. While it's natural for us to look for patterns in events and assume they mean something, it is a dangerous approach to penny slots. Patterns aren’t reliable in this realm, and you shouldn’t look to them to mean anything. In reality, each reel spin is entirely independent of all the spins either before or after it.

That said, there is some advice on penny slots out there that makes sense. For example, it's always smart to decide how much money you care to lose before you sit down to play. It's also wise to decide on a strategy before you walk into the casino. Both these tactics help you be a more conscious, active gambler, and enjoy the process of playing penny slots instead of stressing over how much you’ve lost.

Penny slots are an excellent way to enjoy the game of gambling, but they can also result in losing more than you'd planned on. If you want to play penny slots for real money, educate yourself first before placing your bets.

The Slots People Can Play 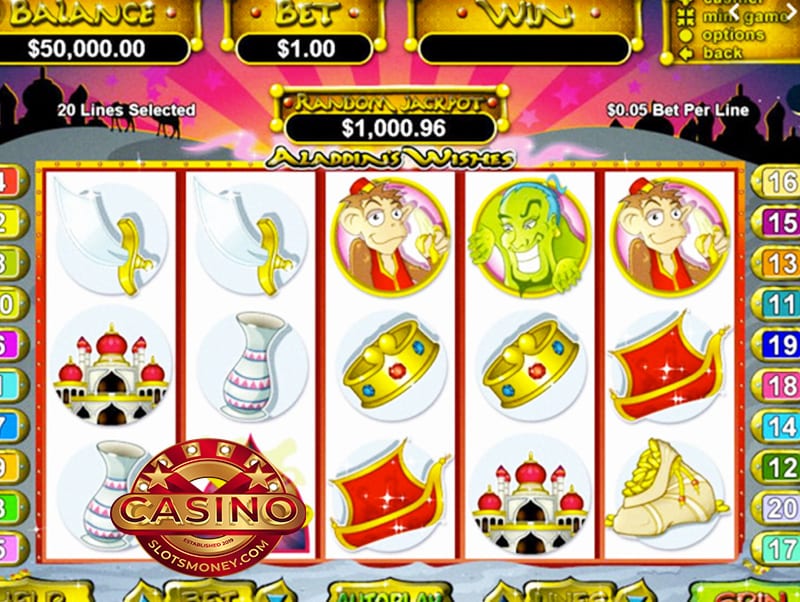 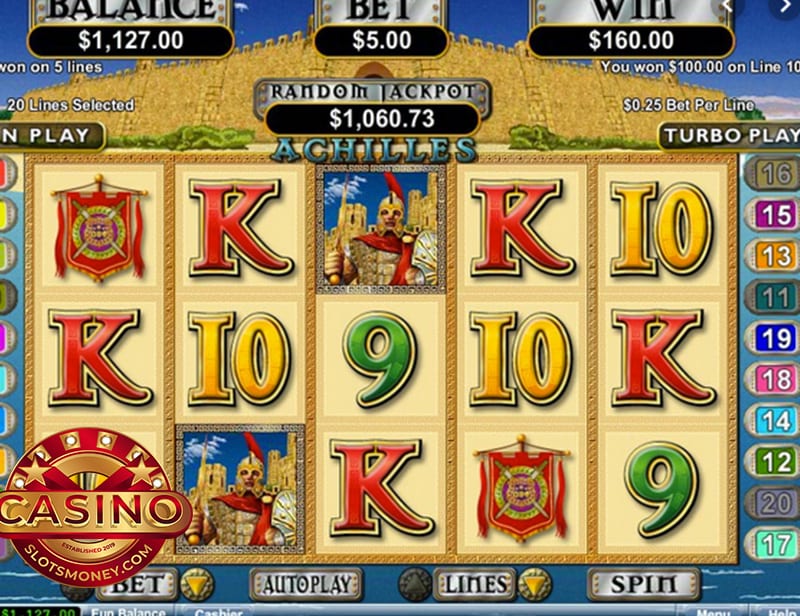 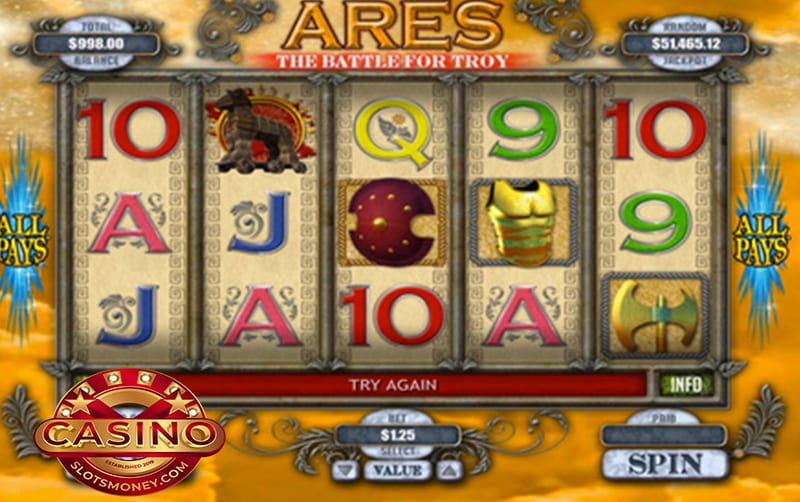 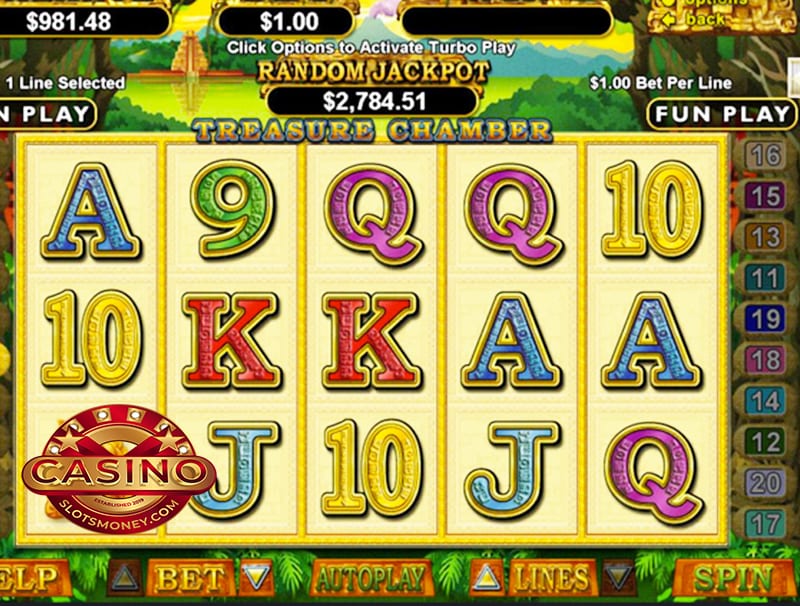 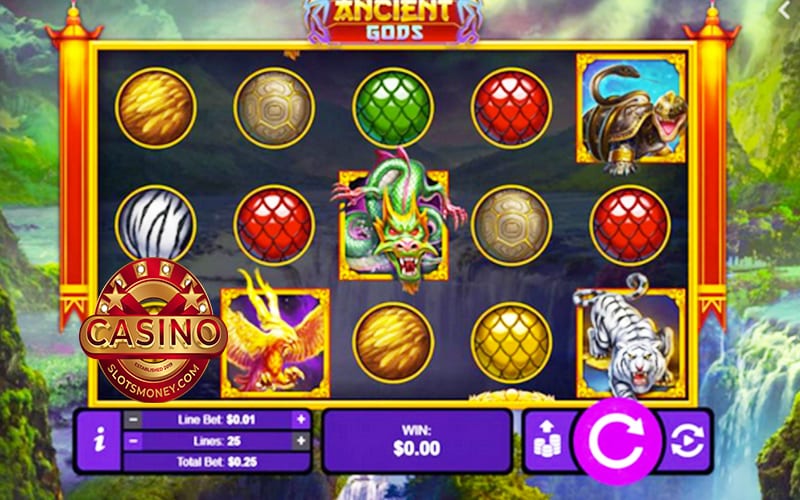 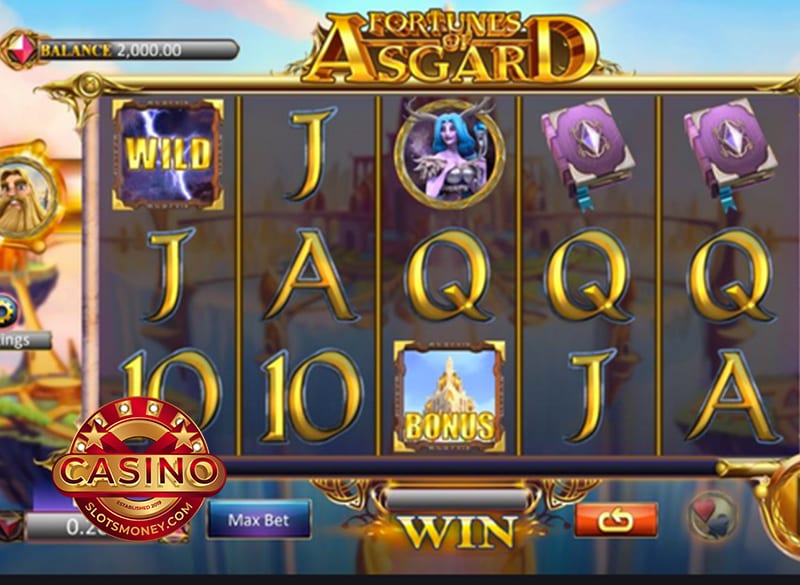 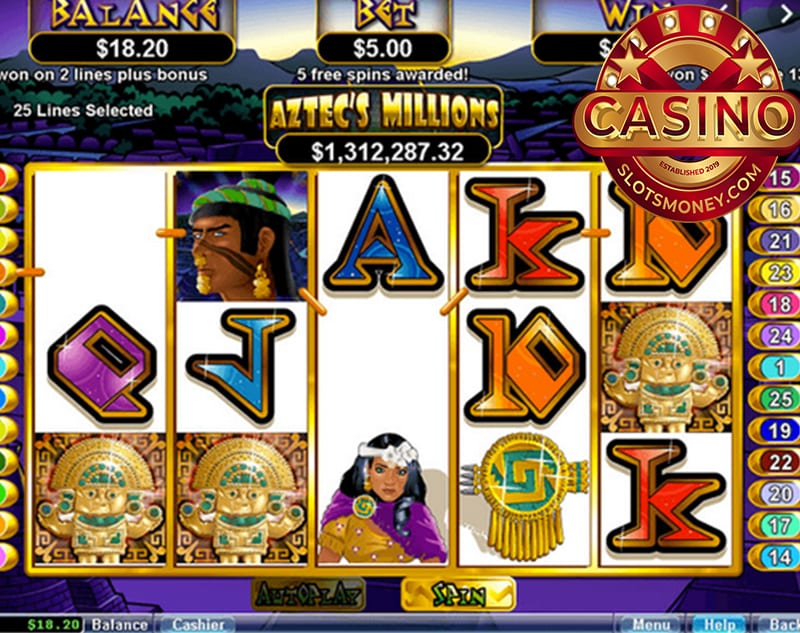 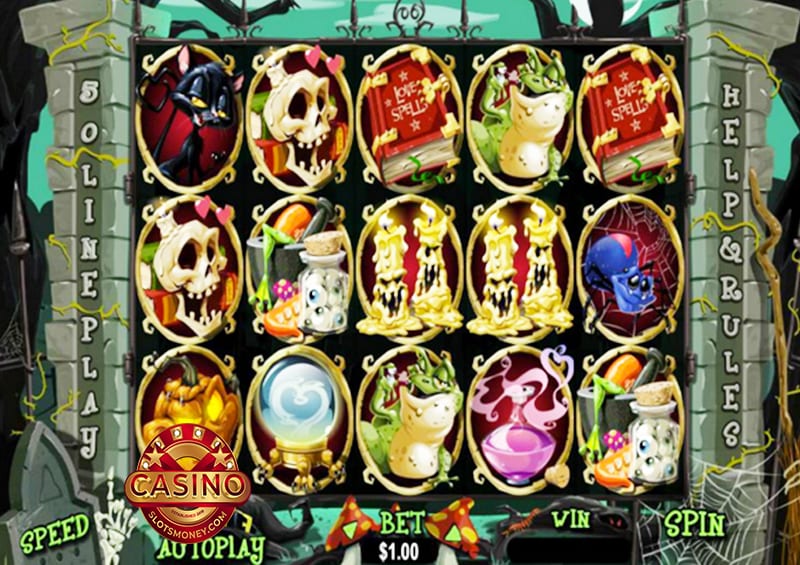 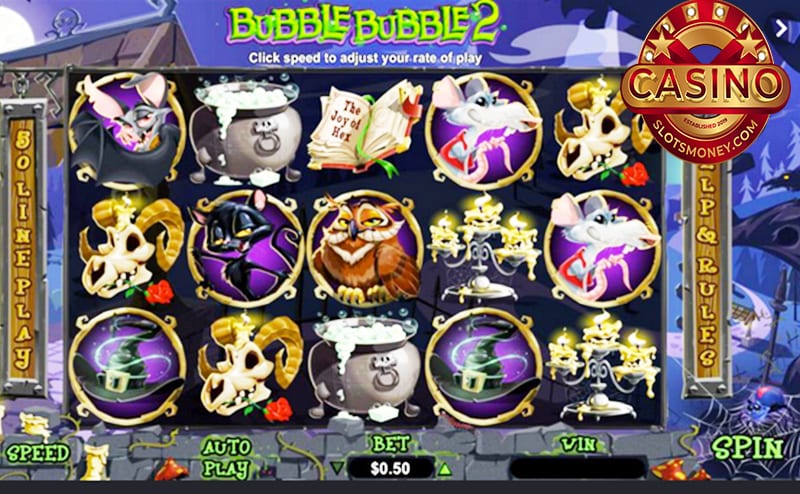 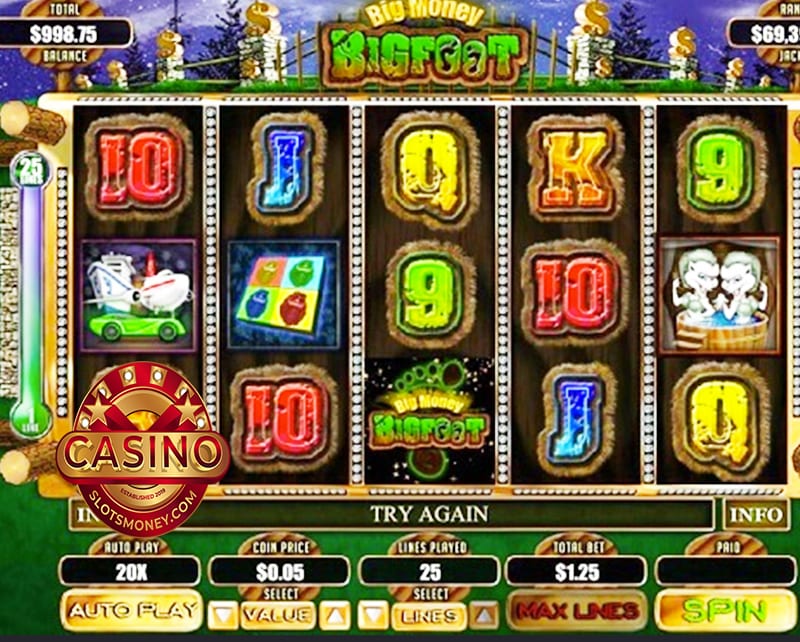 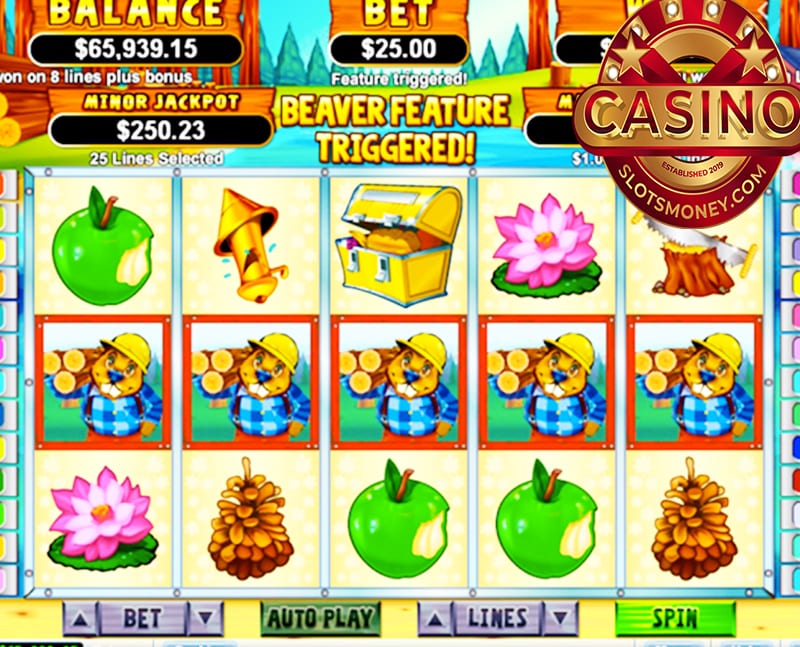 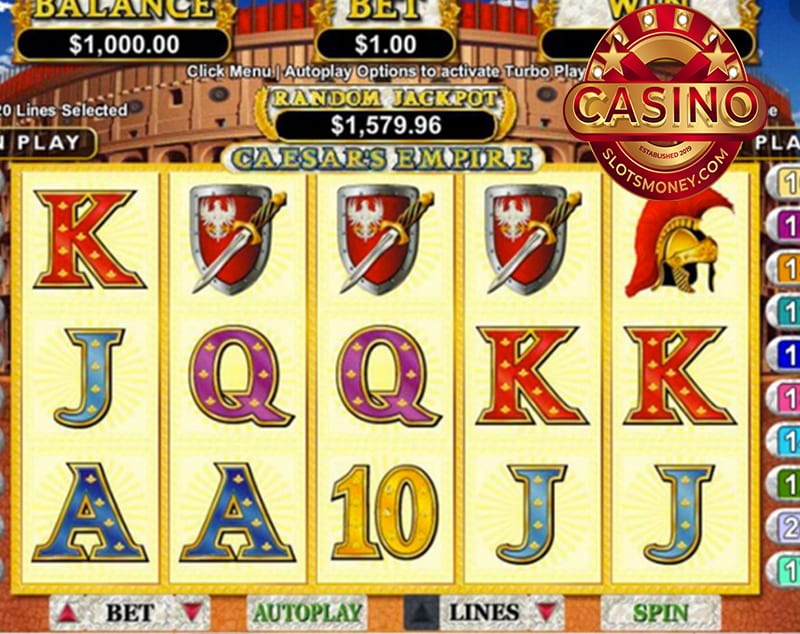 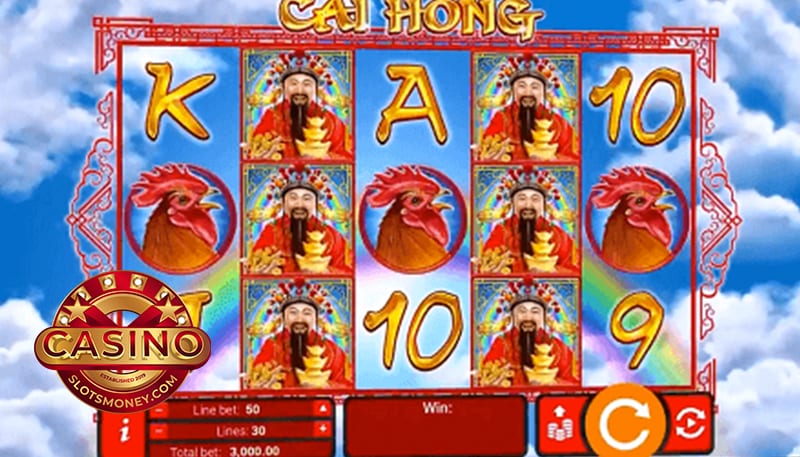 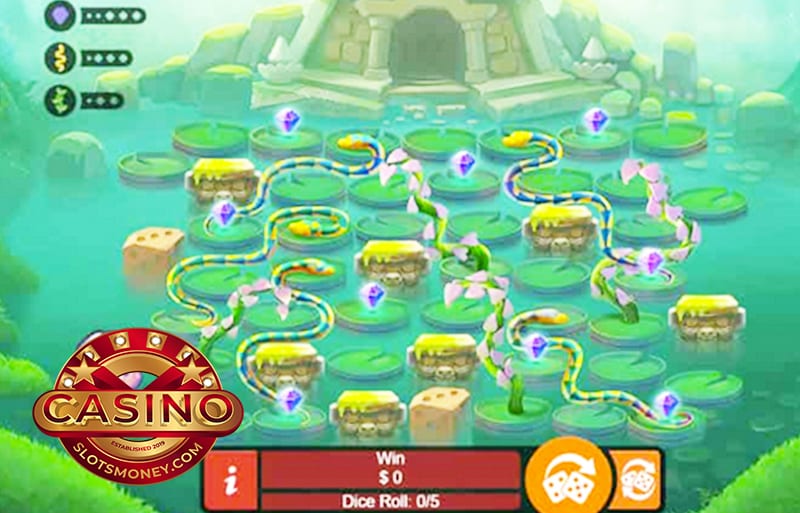 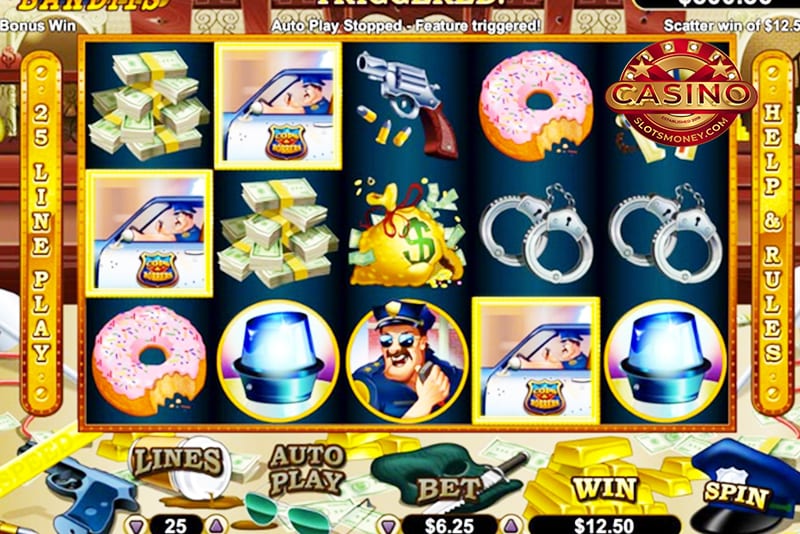 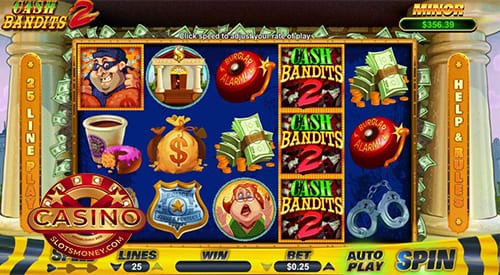 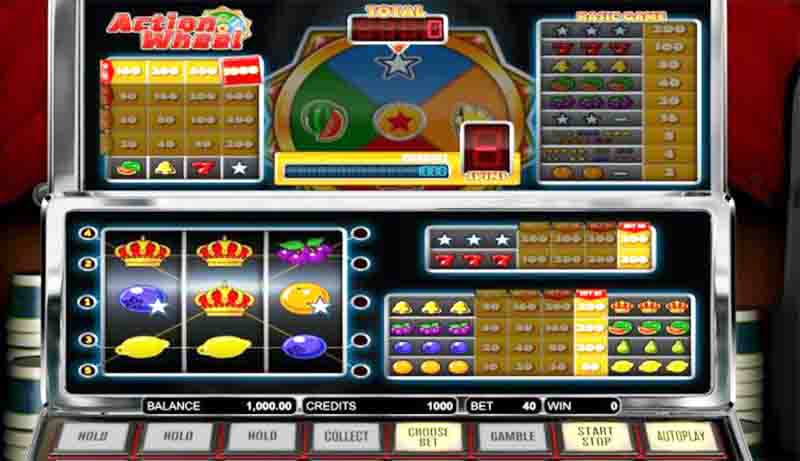 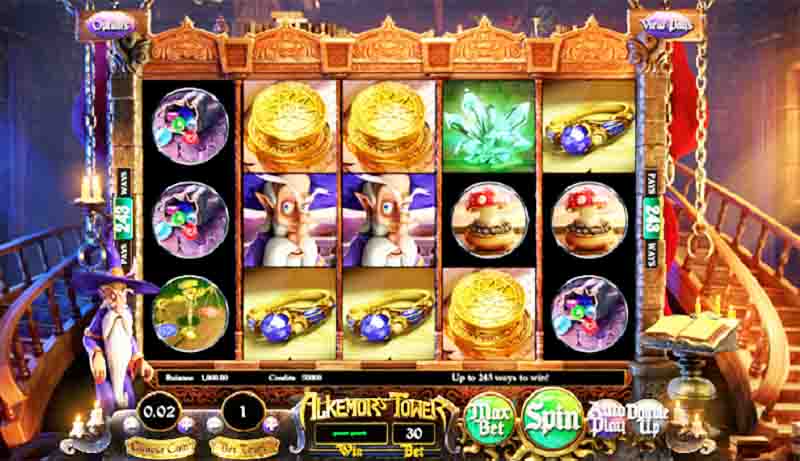 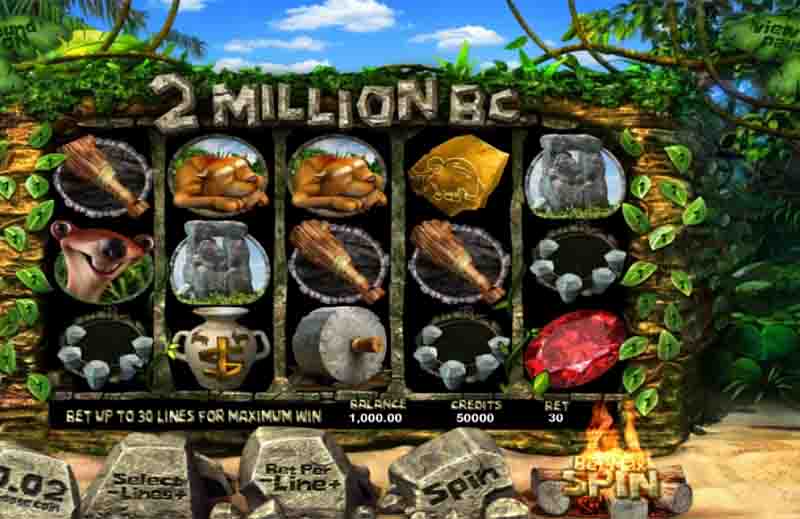 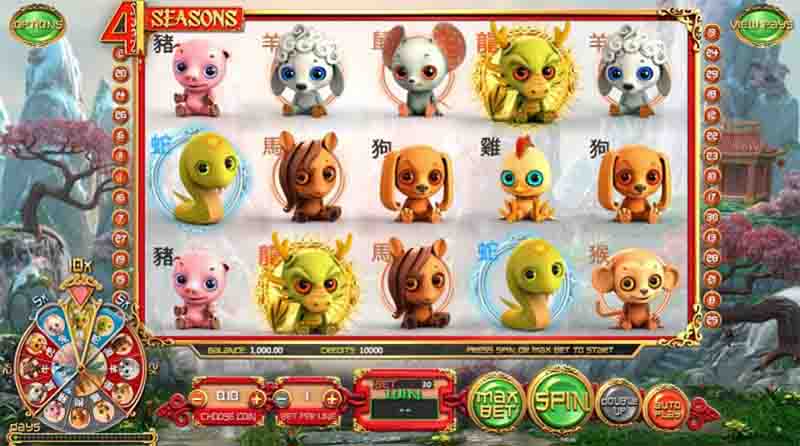 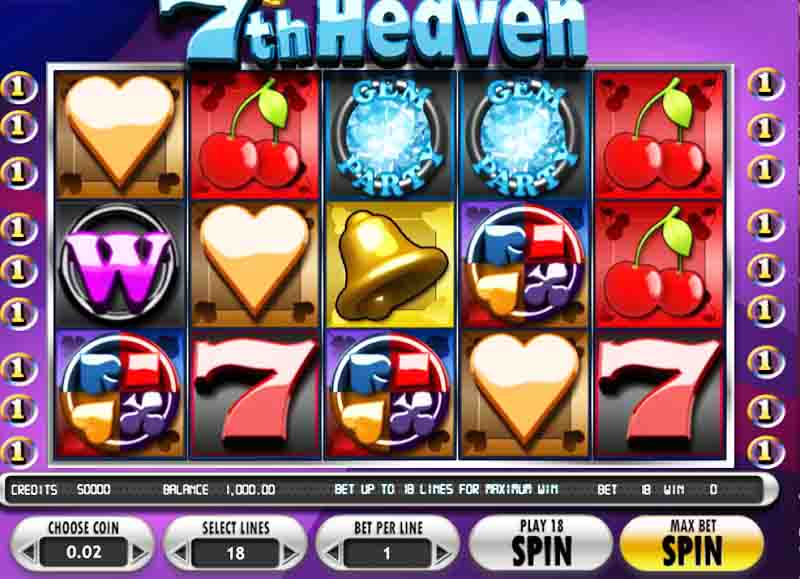 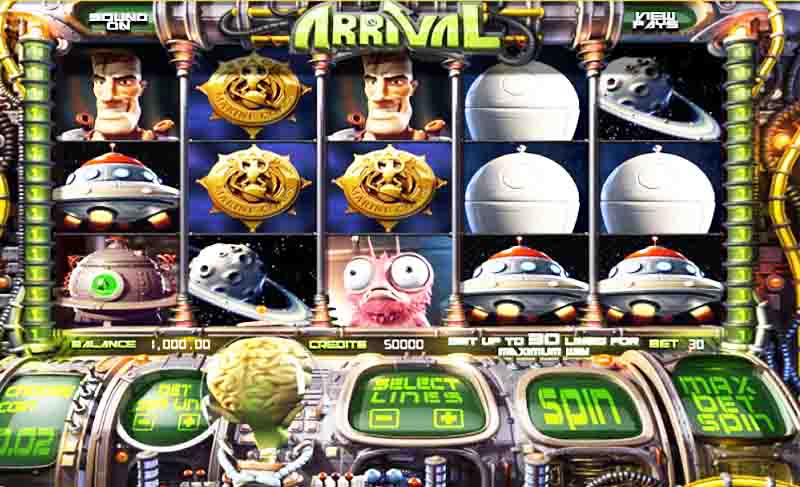 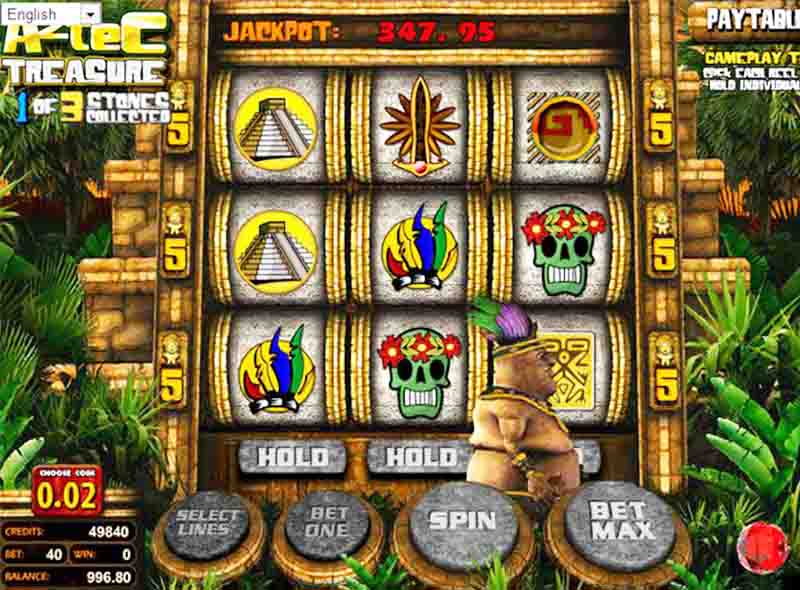 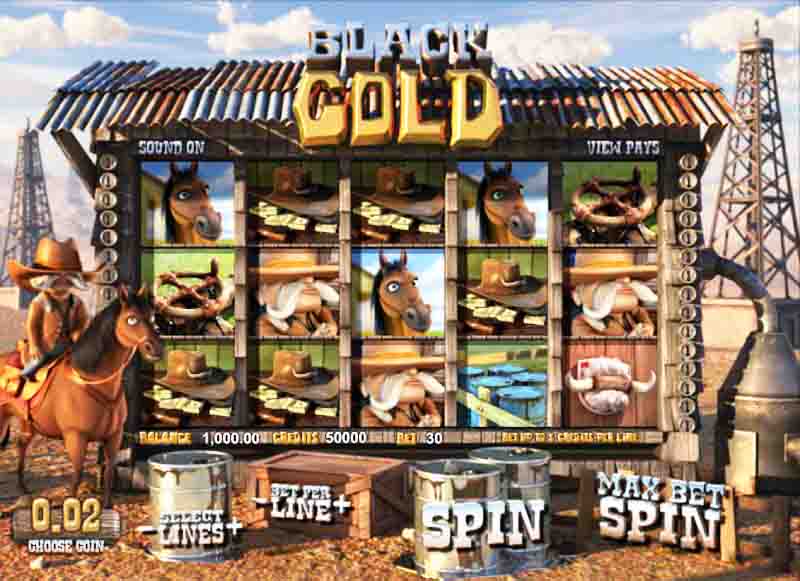 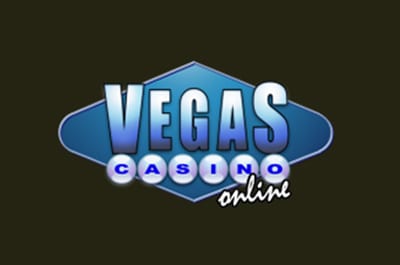 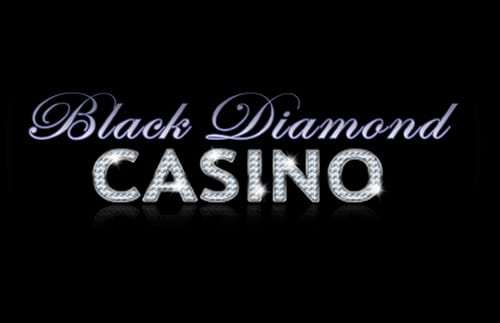 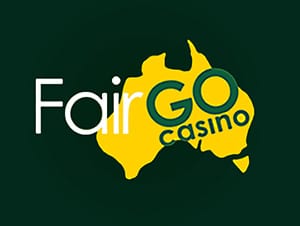 How Do I Play Penny Slots for Real Money?

Here in the U.S., we don't pay much attention to the humble penny. They fall between our car seats, go unnoticed on the streets, and sit discarded in dishes at checkout stands everywhere. When it comes to playing Vegas-style slots, though, the penny makes a real comeback. If you've never played penny slots before, you're in for a world of fun. Accessible, low-risk, and fruitful, penny slots are a great way to start playing slots for real money.